PERSONAL APPEARANCE: The Presidential Office said Tsai is not planning a visit to Thailand, rejecting reports t濾水器 水世界hat she would make the voyage to pay her respects

President Tsai Ing-wen （蔡英文） yesterday visited the Thailand Trade and Economic Office in Taipei to express her condolences following the death of Thai King Bhumibol Adulyadej, but her visit ended up being overshadowed by a spelling mistake.

Accompanied by Minister of Foreign Affairs David Lee （李大維）, Tsai arrived at the office at about 11am yesterday to pay tribute to the Thai king, who passed away on Thursday last week at the age of 88 after a 70-year reign.

Office Executive Director Piroon Laismit then showed Tsai a number of photographs hung on a wall of a makeshift mourning room that featured King Bhumibol on a visit to Taiwan in 1963.

“After seeing the pictures, Tsai said she still has memories of the 1963 visit. These pieces of history demonstrated the close and long-standing friendship between Thailand and Taiwan,” Laismit told reporters after the visit.

In a news release issued afterward, the Presidential Office quoted Tsai as濾水器 光頭水 saying that King Bhumibol exercised wise and compassionate leadership, and was greatly beloved by Thais during his reign.

“He led the country through過濾器 a stable transformation into a modern state, and was deeply respected in the international community for his outstanding contributions,” the Presidential Office said.

However, Tsai’s visit quickly attracted criticism after it was discovered that she misspelled “Thailand” in a message she left in a book of condolences at the representative office.

“On behalf of the people of the Republic of China （Taiwan）, I hereby extend my most profound condolences to the Royal Family and the people of Tailand [sic] for their loss of a great leader, His Majesty King Bhumibol Adulyadej,” Tsai wrote in the book.

The Presidential Office later yesterday said that Tsai has explained the misspelling and apologized to Thai authorities through the Ministry of Foreign Affairs.

“The Thai government said the situation is understandable and expressed gratitude to Tsai and the nation for the care and concern they have demonstrated for the Thai people,” the Presidential Office said.

It also rejected speculation that Tsai is planning to lead a delegation to Thailand to pay her respects in person, saying that the president has no such plan.

Local media yesterday reported that Tsai initially planned to fly to Thailand to pay tribute, but later scrapped the trip due to the absence of formal diplomatic ties between Taipei and Bangkok. 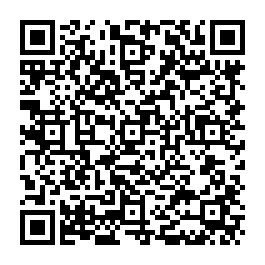